The Plight of Birds 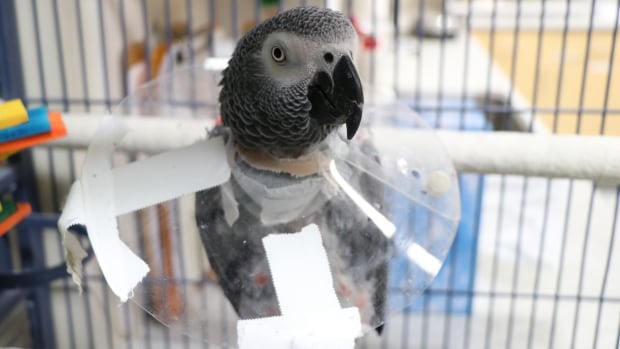 This one is heartbreaking, but it is good awareness. Take great care of your birds, make sure you research

A bellowing “hello” is what gets your attention the minute you step into the reception area of Night Owl Bird Hospital, on Vancouver’s West Side.

The greeting isn’t from a staff member. It’s from a brilliant blue and gold macaw named Amara.

The 10-year-old parrot is one of dozens of resident birds at one of Canada’s only animal clinics devoted solely to the treatment of birds.

But now the clinic is in jeopardy.

Night Owl has twice attempted to recruit an Australian avian specialist but the hire wasn’t approved by Employment and Social Development Canada. A Canadian company wanting to hire a foreign worker must first prove that efforts have been made to find a qualified Canadian.

The process, called a Labour Market Impact Assessment, must be completed by the employer and approved by federal officials.

Night Owl has twice been denied in its bid to hire a foreign bird specialist. McDonald said the application was rejected because the government said the hospital hadn’t looked hard enough to find a Canadian candidate. A spokesperson for Employment and Social Development Canada said the ministry doesn’t comment on individual cases.

“What is most frustrating is that we are just another number to whoever is doing our application,” said McDonald. “We are not a living, breathing organization. We are a number.”

McDonald said the facility needs another one or two veterinarians.

The demanding workload has taken a toll on McDonald’s health. In the past two years, McDonald, 66, has been hospitalized twice for exhaustion.

If McDonald can’t continue to work and no replacement vets are found, the hospital will have to close, said hospital manager Niki Montgomery.

For years, she performed surgeries at the Vancouver Animal Emergency Clinic, and in 1990, she bought Night Owl Bird Hospital.

The Night Owl hospital is small but the workload is huge.

“We are crazy busy,” said Montgomery amid a cacophony of chirps and tweets from an array of birds. Clinic staff see an average of 45 birds a day, six days a week.

McDonald said birds can suffer from an array of issues with their heart, liver, vascular and respiratory systems.

“Birds get sick,” McDonald said. “Nobody realizes it — and, then they collapse.”